Innovation, entrepreneurship, punk rock and why I do what I do. 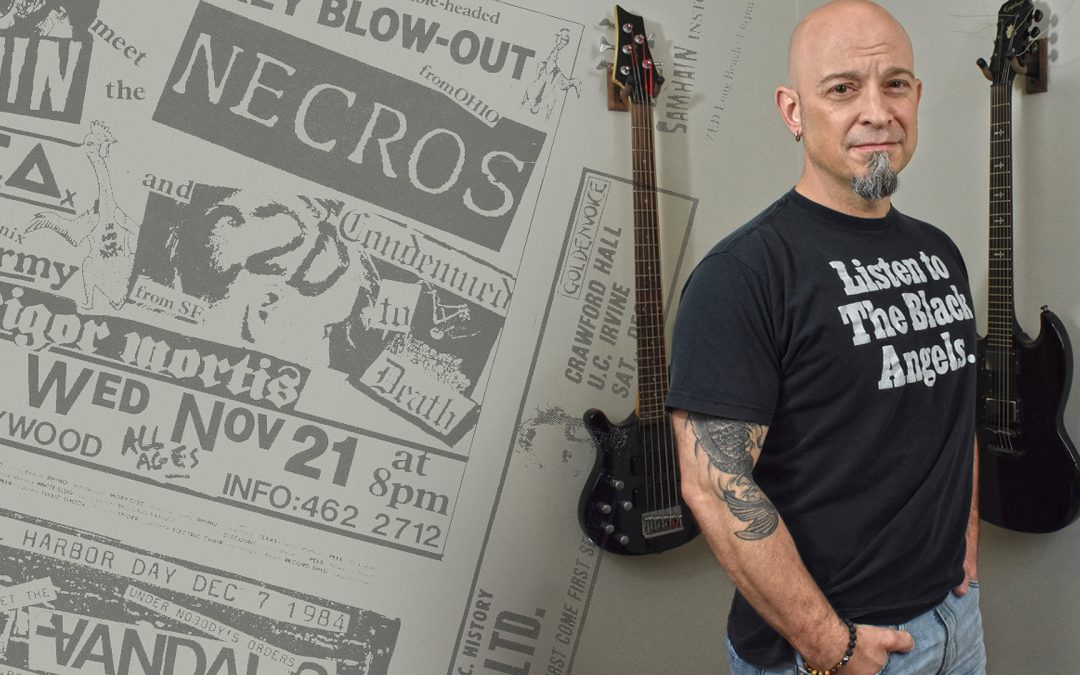 A young design student recently contacted me to ask if I’d be willing to do an interview on the topics of innovation and entrepreneurship. My answer to these things, especially when it comes to students is always “of course,” so we got to it.

He sent me four questions in particular that, as I answered them, surprised me a little. Not the questions so much, but my answers. I realized a few things about my own motivations and accomplishments that I don’t think I was aware of. Mainly, the variety and volume of what I’ve done thus far, along with the underlying reasons and motivations for doing it all.

As such, I thought it might be useful or of interest to folks, and at the risk of coming off as very cocky or impressed with myself (I promise you I am neither), I decided to share it here. Mainly because it serves as proof of what most of you have heard me say time and again:

YOU can do this. Whatever “this” happens to be. I am no more gifted or talented or special than you are, so if I got this far, you can too — and likely go even farther.

Would you consider yourself an enterprising person?

Yes, if for no other reason than I seem to have started a number of enterprises 😉

Much of my life has been spent starting companies: I’ve founded four magazines, a small record label, a book publishing company, promoted independent concerts, spoken word and poetry shows, and my own design firm, Natoli Design Group, which I ran for 10 years and then sold to an IT firm. Then, roughly four  years later, I decided to go back to independent User Experience (UX) and Design Consulting, write a book and launch a series of online training courses.

In all honesty, I never thought too hard about any of this, which is either very brave or very naive. In each case I just felt strongly about getting things out into the world or doing things a different way…so I did.

Could you provide a couple of reasons why you consider yourself  to be an enterprising person?

I think the first reason is curiosity. There are a number of area that I’m intensely passionate and curious about, namely design, UX, music, the arts, the written word.

At the same time, there’s a certain degree of impatience with the status quo, with what’s available to people and how it’s delivered. It’s the feeling of “I wish this was available in this way/this format/including the other ideas.” Or the feeling that there is so much valuable, useful, inspiring, moving stuff out there that never sees the light of day, alternate ideas and opinions and voices that people never hear — but should.

So if it doesn’t exist, you take it upon yourself to try and bring it into the world. For whatever reason, that’s always been me. The feeling that something is missing, something no one’s giving enough time or attention or airplay or coverage to, is a big driver for me.

I was fortunate enough to grow up at the time when punk rock was emerging in the U.S. Specifically, the Washington D.C. punk/hardcore scene. The founding principle of that music, those bands, record labels like Dischord, was D.I.Y., or Do It Yourself.

Instead of waiting around for a big record label to decide their music was worthy of being heard, these young girls and guys took it upon themselves to make it happen. They organized their own shows, started performance spaces in abandoned buildings, released music on homemade cassettes with handmade packaging.

That approach spoke volumes to me as a young man — we don’t need anyone’s approval or help, we’re every bit as smart and as capable as they are. The art we’re producing in our basements and garages is as legitimate and as valid and as important as anything released on a major label.

The overall message was we can DO this. BELIEVE IN YOURSELF.

I’ve carried that DIY spirit with me ever since then, and as I approach 50 years of age, it remains a huge part of everything I do.

Do you run your own business? What is it about?

My current business as an independent UX consultant is made up of several parts.

I spend about a third of my time advising and training product design and development teams of Fortune 100, 500 and Government organizations for nearly three decades. That work includes commercial industry leaders like Broadridge, Condé Nast, Johns Hopkins, Mettler-Toledo, PHH Arval, SC Johnson and Wolters Kluwer, as well as government agencies like NSF/NCSES, NIH and the Dept. of Homeland Security.

Basically, they come to me because there’s a problem with a digital product related to service delivery: they’re losing customers/market share, or not getting the sales they anticipated, or the internal system isn’t delivering the efficiency and cost savings they expected. It’s my job to help them figure out what the root causes are and how to solve those problems via better UX.

Another third of my practice is devoted to writing, coaching, and speaking. Guiding students at the beginning of their careers to integrating UX into the work of seasoned veteran developers and designers. I believe that far too much of the “advice” people get on design and UX is unrealistic; it sounds great on paper, but it fails miserably when put into practice in the real world. The one where most businesspeople don’t care about best practices and principles.

I think most processes and tools and methods people on my side of the fence promote and suggest are too complex, too rigid and require a perfect-world scenario where you always have enough time, budget, people and executive approval. So everything I do is meant to be an antidote to that: things that work in the messy reality we all work in.

I wrote a book on UX Strategy and Product Improvement, Think First, which was published worldwide on October 5, 2015.

I speak at conferences all over the world, doing keynotes and workshops. This year, for example, I’ll be headed to Germany, Peru and London. I love speaking, love communicating, love meeting and engaging with people — it is truly and honor and a privilege. I also make it a point to spend time talking to students across the country at colleges and universities, in an effort to give back what others have so generously given me.

The remaining part practice is dedicated to teaching, via online courses. Aside from platforms like Udemy and Skillshare, I’ve started a UX design school of my own. To date, I have eight online courses and over 80,000 students, and am working on a new User Interface (UI) design course as I write this.

Have you been innovative in the business ideas that you run? How?

I don’t know if innovative is the right word, but I have certainly taken my own approach to everything I do. I think we are all building on what we’ve learned form other people, especially those who forged those paths first, the inventors.

I’m no exception. Everything I’ve ever done would not be possible were it not for so many brave, inquisitive, inspiring people who came before me, like Alan and Sue Cooper, Dr. Don Norman, Jesse James Garrett, Massimo Vignelli, the list goes on and on.

I think what we do as entrepreneurs or “innovators” is to take the gift those folks have given us, and adapt, reimagine and reinterpret it in some way that’s uniquely ours. You may be saying or teaching the same things someone else is, but you’re doing that in a way that only you can.

I also think successful innovation and entrepreneurship hinges on how you deal with fear. We are all our own worst critics, and that voice that says “who do you think you are?” is a powerful force.

It stops a lot of people from ever trying things, because they’re waiting for it to go away (which it won’t).

So you have to learn to trust your voice, your approach, to trust in the fact that what you’re doing has merit. Otherwise you’ll never start.

Taking that big step forward to innovate, to do your own thing, isn’t a matter of being fearless — it’s a matter of feeling more fear than you know what to do with, but going forward anyway. Trusting your instinct, being willing to explore that part of you that needs to do something, the part of you that wants more than to sit on the sidelines and be a spectator.

One of my favorite quotes, from a piece by W.H. Auden, explains it perfectly:

“Look if you like, but you will have to leap.”

This video gives you a clear, simple path to connecting the needs of customers and end-users — who aren't always the same — to measurable evidence that your UX improvement efforts are working.

My UX 365 Academy gives you NEW UX training videos, courses and e-books every single month — along with access to every course, e-book, training video + resource I've ever created.

Check out the latest episode of my Making UX Work podcast — featuring folks just like you doing real-world UX work in the trenches.